University of Michigan: Innovation for a Better World

On an old blog of mine, I embedded a TED video. Now, my tech skills are rustier or TED is craftier at preventing people from embedding their content.  But this video (about 3 minutes) floated thru my inbox as part of a TED New Year’s series. It’s as good now as it was when I first pointed it out about 5 years ago.

Here’s the video link: Watch it.
What you’ll learn, in a short, amusing video:
1. Leaders are important, but over-rated.
2. Only when there are followers, is someone a leader.
3. The “first follower” is a scary role — you may be following a nut. So, you’ll be viewed as a nut, too.
4. But, once there are 3 of you, you’ve got momentum, building to a movement
It’s never been more important to find your movement than it is now. Things you value and cherish are likely under threat. Someone is starting something in your neck of the woods, on an issue you care about.  Follow them!

ProPublica, a nonprofit investigative news organization, presented a very important podcast on a “typology of truth.”
Using Trump’s claims that he won the popular vote because of voter fraud, journalists could say any of the following:
1. Trump claims he won the popular vote, saying 3 million people voted illegally.
2. Trump claimed, without evidence, that he won the popular vote due to voter irregularities.
3. Trump is continuing his blatant disregard for the norm for politicians to tell the truth and respect the institution of truth, this time attempting to undermine our faith in the electoral processes on which the country is founded.
The first can flip into:  he said – he said, where one party is Trump, the other the never-to-be-trusted media, or perhaps the Democratic party. This completely misplaces the emphasis on Trump’s claims, making this too matter of fact, and ignoring all evidence to the contrary.
The second is better, by calling out an attempt to blatantly lie, but just barely. Still, it misses the really big issue.
Only the third gets to the hear of the matter: A systematic attempt to mislead, defy, break norms, and undermine the institutions we depend on.
When describing the events we are seeing all too often, journalists must call them what they are — #3: a reckless, dangerous act intended to create a new set of rules without any accountability to the truth.
So must we all.

Daniela Papi-Thornton and I have a piece appearing in the Stanford Social Business Review on university-hosted business plan competitions.

The gist of it is: These competitions reward superficiality by emphasizing business plans and models (and sometimes taking action) at the expense of deeper understanding that comes from truly knowing your stuff. Knowing your stuff means being as aware as you can of the actual lives of people affected by the problem, what has been tried previously to address it, what has worked (at all), what has failed (and why). And very important: knowing who is taking action now so that you might join them rather than start something yourself.

In my book in progress on the lessons social entrepreneurs need to learn (coming soon), I write about business plan competitions hosted outside of universities. They have some problems, too. Here’s a brief synopsis:

I’ve watched them, judged them, and sponsored them. Overall, I’m not a big fan.

Like university-sponsored competitions, it’s easy to enter them without due consideration of relevant background knowledge and efforts. On top of this, there are other problems: Winners too often pocket prize money and never pursue their idea with serious intent. Winners mistake winning what amounts to an academic exercise with being ready to execute. Lavish prizes actually undermine attempts at achieving financial sustainability. A high-profile idea often garners prize money from many competitions, and prevents other business ideas from getting support. Polish is confused with substance. Too much time is spent on preparing for small competitions (interfering with the real work that can and should be done).

Happy to share more when my book appears and give you a free e-book on US social entrepreneurship right now.

Saw the most energetic guy I’ve seen in a while present on TED. Passionate (almost fiery) , well informed with pertinent data. Optimistic about the our potential for the planet. Yes, that Al Gore. This is well-worth watching.

Different ideas about how companies can be organized and run are floating around. What resonates with me are institutions that support communities: “communities” of employees, of local citizens, of people interacting with the natural environment. Too often, though, companies barely acknowledge the importance of these communities while they bend over backwards to better meet the needs (make that wants) of investors.

Many people reflexively respond that the main (or only) purpose of a company is to make money, and that companies must be organized to serve the needs of the “community” of investors.  (They don’t). Of course, investors may have no connection to a company at all — they don’t work there, don’t live in the towns where their investments are put to work, they may not even like the products the company makes. Yet to business traditionalists — but not to me — investors’ desire for making money trumps everything else.

I would like to think that when it comes to a real community — I’m thinking of Detroit — that we wouldn’t even need to question whose rights should be considered ahead of all others: the rights of those who call the community home. Other discussions about social issues can take on a moralistic dimension: deficits somehow correlate with lack of character (though empirical evidence indicates it is appropriate to stimulate a stalled economy); poor people don’t deserve to eat; ill-supported (and often mean spirited) advice like that.

But when it comes to a city — a place where people live, raise kids, and shape our future — moralizing or scolding make even less sense. Police, firemen, and other pensioners contributed to the city for years — some for decades. State law says their pensions cannot be reduced. Those not owed pensions are owed essential services, including timely responses by police and fire fighters, working schools, and working street lights. They did not cause Detroit’s decline, but they have suffered greatly from a transformed auto industry and corporations’ decisions to decamp to the ‘burbs, taking with them their tax dollars.

With change, comes the opportunity to reflect upon new ways of doing business. Shifts in population growth and in spending have made companies aware of new markets in the developing world, if not yet in as dramatic a way at the bottom of the economic pyramid. Similarly, in the next several decades, large-scale transfers of corporate ownership provide an opening for a dramatic shift towards inclusive corporations.

And now Detroit is facing bankruptcy. This grim circumstance creates an opening, too. What kind of city does Detroit deserve to be?Most essentially, for Detroit to “work,” people must work. And there is work to be done. With more than a quarter of Detroit’s 140 square miles abandoned, projects to raze and re-purpose these properties are being undertaken. Detroit Blight Authority is taking a lead, appealing for federal funds. This is a perfect opportunity for the government to release funds, contingent upon the training and hiring of Detroit’s idle workforce. What’s more, Detroit can follow the lead of other downtrodden communities, including the South Bronx, to create a green, energy-saving, and even energy-creating city.

Detroit’s schools are the next (if not the first) obvious place to make changes. Detroit Public School’s newly appointed emergency manager can help foster an environment that couples academic rigor with real-life relevance. If you’ve followed this blog, you know how high I am on the Network for Teaching Entrepreneurship“>, a model that creates life-changing educational experiences for low-income students.

Even with ObamaCare, negotiating the healthcare maze will be daunting. Programs like Rebecca Onie’s Health Leads demonstrate how non-traditional health care workers can help cut through red tape to ease the problems faced by the ill, poor, and elderly. Where Health Leads relies on college students to fill “prescriptions” for food, clothing, housing, etc., Onie suggests that local community members themselves can staff similar positions. Such staffing (jobs!) can avoid expensive emergency room visits and head off long term health problems. Suitably structured and financed (possibly with social impact bonds), hospitals can serve more patients, more effectively, and save money.

As Governor Snyder has been saying, Detroit’s problems did not just occur; they’ve been unfolding over decades, caused in large part by a dis-investment in the city. Now at the point of crisis, we can begin to point Detroit in a new direction. Detroit’s resurrection will take time, as did its decline. It will take investment, but investment in, and of, the community. Not investment aimed at making investors wealthy ahead of the needs of the city.

The city that helped more than any other in winning World War II; the city that created a modern society through the automobile industry and industrial efficiency — this city needs our compassion and support. This does not mean our charity: for by re-making a working, well-educated, healthier Detroit, we set the country on a stronger course. 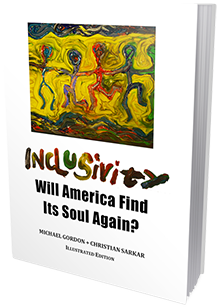